Origin of Life: Nature or Miracle?

Once I was listening to an NPR radio station and someone called in on the phone and asked the famous atheist, Richard Dawkins, where did life come from? He glibly replied “It was a happy chemical accident.” Then he and the show host went on as though the person was asking what flavor of jelly he prefers on his toast.

I was aghast at his answer. For years, I was inclined to categorize life’s origin as the furthest from a “chemical accident” as you could possibly get; a literal divine miracle. Honestly, I think that’s a better answer than “happy chemical accident” but, in time, I became dissatisfied with that too.

After the Unbelievable? show posted a discussion between Jeremy England and Paul Davies, they asked me to write a blog describing how I see this issue now as founder of the world’s largest science research award.

These are my thoughts: https://www.premierinsight.org/atheists-creationists-both-wrong-origin-of-life

When They’re Lopping Off a Breast, the Customer Service is Terrible

Strike 1: No directions other than END_OF_DOCUMENT_TOKEN_TO_BE_REPLACED

The world’s 5 most popular evolution books are: College textbook Evolution by Douglas Futuyma; Selfish Gene, Extended Phenotype and Blind Watchmaker by Richard Dawkins; and Why Evolution is True by Jerry Coyne. All sidestep and even dismiss the most vital discoveries of evolutionary biology. This Infographic details their omissions. (Click here to download PDF)

Stage 4 cancer patients are not much better off today than in 1930 despite the US Government spending $250 billion on cancer research.1 We’re also losing the antibiotics arms race against bacteria. Bugs evolve into superbugs in minutes; we don’t adequately understand why.

These problems stem from an inadequate understanding of evolution. A prime reason cancer treatments fail is that tumor cells evolve at tremendous speed by a self-governing process. Chemotherapy and radiation often trigger more aggressive cancers because cells evolve actively; not passively, slowly or accidentally.

Yet today’s five best-selling popular evolution books say little about these high speed systems, omitting some of the most valuable discoveries of the last 100 years.

END_OF_DOCUMENT_TOKEN_TO_BE_REPLACED

Jerry Coyne: Not a Happy Camper

Why is Coyne so upset? After you watch this video clip, check out this infographic comparing Coyne’s book Why Evolution is True to current literature.

The infographic “What Popular Evolution Books Ignore” details glaring omissions of bestselling books by Richard Dawkins, Doug Futuyma and Jerry Coyne. These authors provide misleading and oversimplified accounts of evolutionary mechanisms. Their omissions are hindering progress in cancer and disease research. All aspects of biology and medicine suffer as a result.

The question you naturally ask is, “Which books accurately report evolution?” The following list is a good start: END_OF_DOCUMENT_TOKEN_TO_BE_REPLACED

The world’s 5 most popular evolution books are: College textbook Evolution by Douglas Futuyma; Selfish Gene, Extended Phenotype and Blind Watchmaker by Richard Dawkins; and Why Evolution is True by Jerry Coyne. All sidestep and even dismiss the most vital discoveries of evolutionary biology. This Infographic details their omissions. (Click here to download PDF) END_OF_DOCUMENT_TOKEN_TO_BE_REPLACED

Two of Charles Darwin’s best ideas – rubbished for a century – turned out to be right all along. Join me and Oxford professors Paul Flather and Denis Noble for this 15 minute mini-documentary at Darwin’s Downe House estate in Kent, England:

Are Textbooks Holding Back Cures for Cancer? Press Release

Famed Researchers Highlight Glaring Omissions About the Power of Our Cells

END_OF_DOCUMENT_TOKEN_TO_BE_REPLACED

Why the Bible Doesn’t Make Sense Without Evolution

Why is there evil and suffering?

Why is Old Testament Biblegod so mean and nasty?

Why doesn’t God stop the injustice?

Does God have a right to create an evolutionary universe?

Everyone asks: “Why is there evil and suffering in the world?” 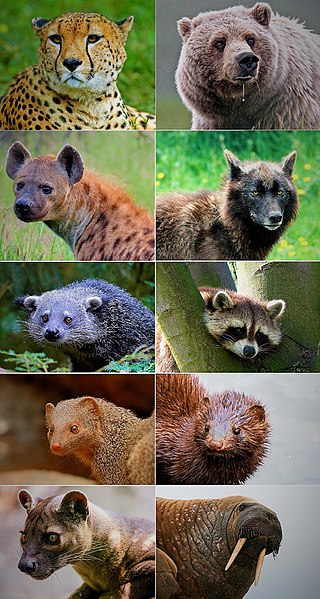 END_OF_DOCUMENT_TOKEN_TO_BE_REPLACED

Eric Kuelker Ph.​D.​ R.​Psych.​ discusses reliable but little known research linking cancer and heart disease to traumatic life events and stress. It turns out that psychotherapy and relationship repair reduce the chances of cancer and factors like marriage extend life more than medical treatments do. This may extend it down to the cellular level.