Your dog has no idea what you say but knows exactly what you mean.

Siri understands everything you say but has no idea what you mean.

That is the difference between technology and biology.

Windows can’t evolve without programmers. But bacteria evolve by themselves in minutes. If Microsoft knew what bacteria know, their stock would spike 10X. Maybe 100X. What do bacteria know that we don’t?

Evolution 2.0 is dedicated to this question. It’s a De-Militarized Zone where people can explore the deepest questions of where we come from and the purpose of it all.

Does life harness undiscovered laws of physics? Are there unknown emergent properties in nature?

With CRISPR gene editing technology and exponentially accelerating AI, these are questions of burning importance.

If we can unearth the underlying forces that create and propel life, we stand to reap enormous benefits in Artificial Intelligence, engineering, computer science, nutrition, aging, health, cancer research, disease treatment and prevention.

Every technological breakthrough Silicon Valley seeks has already been solved in the cell. We just need to understand what life really is.

The $10 million Evolution 2.0 Prize is backed by Natural Code LLC. This is a Private Equity Investment group formed to identify a naturally occurring code. Our mission is to discover, develop and commercialize core principles of nature which give rise to information, consciousness and intelligence.

The Story Behind Evolution 2.​0 at Penn State University.

The science of evolution has been held hostage far too long
by religious and anti-religious extremists.

My name is Perry Marshall. I’m a business consultant and Electrical Engineer. I went down the evolution rabbit hole 15 years ago. I suspected my discoveries might make me an atheist – but I decided I would follow the evidence wherever it led. 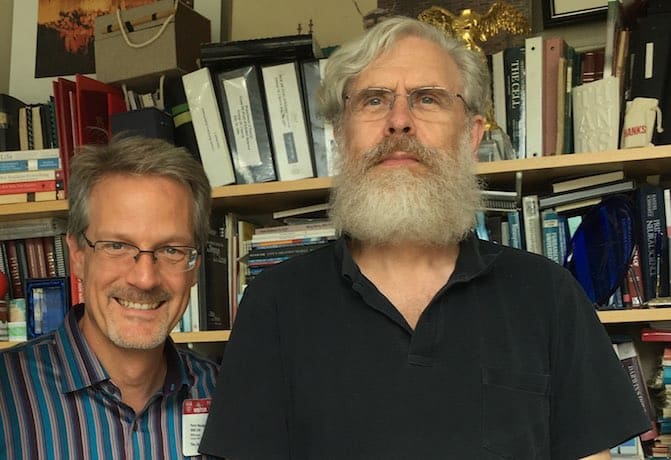 Perry with George Church, leading geneticist at Harvard Medical School and professor at MIT. Time Magazine voted George one of the 100 most influential people of 2017. George is a judge for the Evolution 2.0 Prize.

What I discovered was the untold science story of the century – the miracle of evolution.

Nature is astonishingly more sophisticated than either side was telling us. And both sides were omitting the most tantalizing parts of the story.

“Evolution 2.0 is a sign of a shifting emphasis in biology from regarding life primarily as a chemical system, to looking at the flow of information”

The war between science and religion was killing the real science. Darwinists were deliberately “dumbing down” the science to make living things look random, purposeless and accidental. Nothing could be further from the truth. The creation/ID movement, while pointing out many flaws in Darwinism, was creating an unsafe environment for scientists to speak openly about gaps in the current theories.

In many cases Intelligent Design was denying or downplaying great discoveries. Practicing scientists were getting caught in the crossfire and being drowned by loud voices on both sides.

That’s why I founded the Evolution 2.0 Prize and wrote the book Evolution 2.0: Breaking The Deadlock Between Darwin and Design. My study of evolution did not make me an atheist. I’m still a Christian. 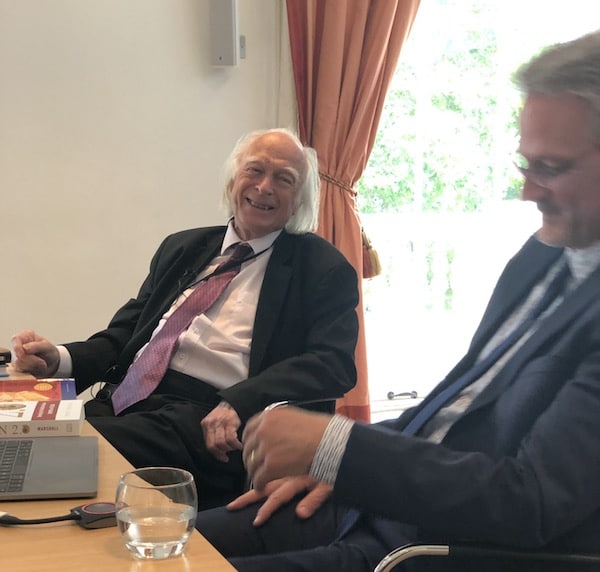 But as a citizen of a supposedly “free country,” I’m concerned because people of MANY viewpoints are unable to speak – because of the polarization and politics.

This is no laughing matter and this is no small thing. The gridlock is severely limiting science and technology. It’s conditioning people to react instead of think.

That’s why this website is a DMZ, a “De-Militarized Zone” – a place where we defend the rights of everyone to speak, even our opponents.

This is a space where people of ALL views can be heard, as long as you: 1) Lay your biases down on the table.

You must be your real, non-anonymous self. No hiding behind screen names, no hidden agendas. 2) Come forward with empirical science – science that can be tested and evaluated. 3) Speak and listen with patience and civility.

Evolution 2.0 is a place for people who enjoy the clash of ideas and have the courage to be right or wrong in public.

All science is practiced with some underlying philosophy. Everyone has a right to their views and beliefs. Here, we insist that people lay their cards on the table, and that everyone who has evidence to present gets a fair chance to present it.

Perry with Paul Davies, discussing the Evolution 2.0 Prize at Arizona State University. Paul is director of the BEYOND Center at ASU, bestselling author, and has cooperated with the Pope and the Dalai Lama to bridge the chasm between science and faith.

Perry Marshall is one of the most expensive business consultants in the world. He launched the $10 Million Evolution 2.​0 Prize at London’s Royal Society, with judges from Harvard, Oxford and MIT. His mathematical formulation of the Pareto Principle as a fractal law of nature was published in Harvard Business Review, and is taught at NASA’s Jet Propulsion Labs at the California Institute of Technology.

He is an author, speaker and engineer. With a decade of research, he brings a fresh perspective to the 150-year old evolution debate.

Bill Gates of Microsoft and the founders of Google revolutionized software and the Internet through their status as outsiders. Similarly, Perry harnesses a communication engineer’s outsider’s perspective to reveal a century of unrecognized research and discoveries.

He has a degree in Electrical Engineering. He lives in Chicago with his wife and six children.

To inquire about Perry speaking at your event, click HERE. For press inquiries and interviews (TV / radio / films / podcasts / print media) please fill out this form and Perry Marshall’s office will be in touch with you. Media inquiries only, please. For all other purposes, to discuss science questions etc., post a comment on the blog.

For a compiled list of frequently asked questions and answers, please visit this page.